Wiltshire’s Police Force is one of the worst-funded in the country. Drug crime, rural crime, online cyber-crime and pet theft have all increased while our police and communities have lacked the resources needed to prevent crime.

Brian has been fighting for Wiltshire and Swindon for many years, having stood for the Liberal Democrats as a Parliamentary candidate in North Wiltshire for the 2019, 2017, 2015 General Elections. 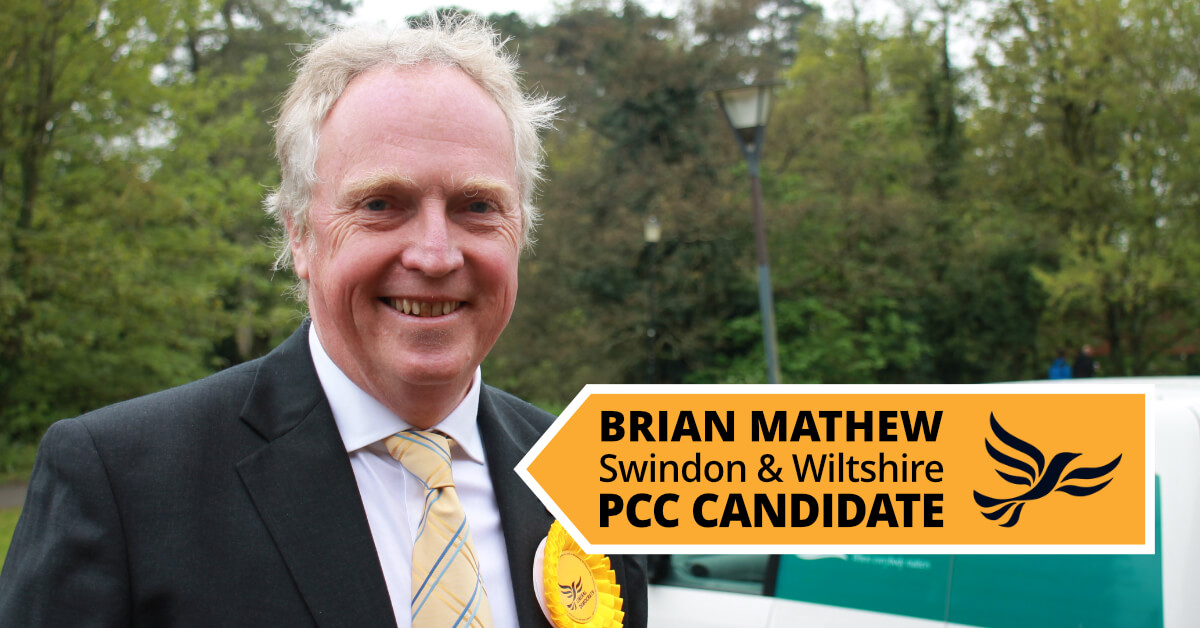 Brian is a local councillor, and was re-elected in May this year with an increased majority of 598 votes as a Wiltshire councillor representing Box and Colerne.

Brian lead the campaign to get Wiltshire Council to declare a climate emergency, to ensure that protecting the environment and our planet is at the heart of everything the council does. He also lobbied councillors in 2018 to support his policy on scaling up the ‘Shared Lives’ adult social care programme that is now saving Wiltshire Council around £1million a year, while giving clients a better life, and carers a new income. A ‘win win’ for Wiltshire.

As part of this council role, Brian is a Member of the Wiltshire and Swindon Police and Crime Panel, holding the Police and Crime Commissioner to account and fighting to ensure that local people's views are heard.

Outside of politics, Brian is a qualified Agricultural Engineer and has spent many years working with WaterAid, World Vision, CARE, Lutheran World Federation, and the UK Government Department for International Development on aid projects across Africa. He holds a PhD from Cranfield University in water, sanitation and health education.

Brian's experience with policing and tackling crime is international - Whilst in Tanzania he held the position of Honorary Consular Correspondent in the upcountry Capital City of Dodoma for the British High Commission in Dar es Salaam, and while working in Zambia, he negotiated police protection from the Office of the President for a Sioma Roman Catholic Mission.

My 7-Point Plan for Wiltshire Policing

Brian's Priorities as your PCC ➜