Debenhams is blot on architecture of Market Square. A thread is running through letters page. Concerns about our excellent Library and the use of the Debenhams site.

Letters to the Editor: Published in Salisbury Journal 7th May 2020.

Behind the poor facade lies historic remains, some of which are still visible internally.

It is interesting to consider the training of Architects. A building type considered acceptable as a final qualifying project by the RIBA was a large library. The first hurdle a student had to jump was to prepare a brief and looking into other solutions.

The Bauhaus movement had its famous saying; 'Form follows function'. You do not design a good utilitarian building without a good brief.

We need to consider should the Art Gallery and the Library be separated? Are there facilities that both could share? For example, a small lecture theatre with digital projection serving both education and IT, art and history.

I can think of only one reason to separate the two and that is if the new gallery attracted a big National Gallery organisation, with some funding attached. “lets go to Salisbury and visit the Tate there!” There is the question of how to acquire Debenhams and a need to survey the amount of space available.

Libraries in the C18th were often funded by benefactors for the purpose of enabling the lower classes to better themselves by self-educating via books. Are there deeds that regulate this and do current moves adhere to them?

Alongside books there is a developed IT component;  enhancing the role of the library and serving  those citizens without access to the Web .

I beg to know is there a brief concerning library and art facilities and their development, and if not, why not? 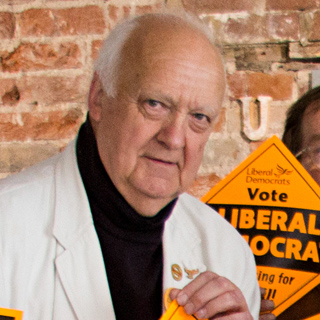 Greg Condliffe: Architect and long-time resident of Salisbury, I am a long standing member of the Liberal Democrats and former county councillor for Harnham 1985-1993. Greg has researched existing affordable housing schemes and believes they need deploying more widely.

I believe "developer affordable" is simply not affordable enough to reach even lower middle income families.

Greg Condliffe's letter (Journal Postbag may 7) calls for Salisbury Library to share the Debenhams building with the proposed Salisbury Art Gallery. In fact, the library has been in the building before.

Bishop Fisher established the Salisbury and Wiltshire Library and Reading Rooms there in 1820. I've no doubt the Salisbury Journal covered the event. A room downstairs was let in 1825 to become Fawcett's draper's. Henry Fawcett the Post Master General was born there in 1833. The shop grew to become Style and Gerrish, then Debenhams.

See - The Ancient Trade Guilds and Companies of Salisbury, by Alderman Charles Haskins, JP. Printed by Bennet's at The Journal Office in 1912.